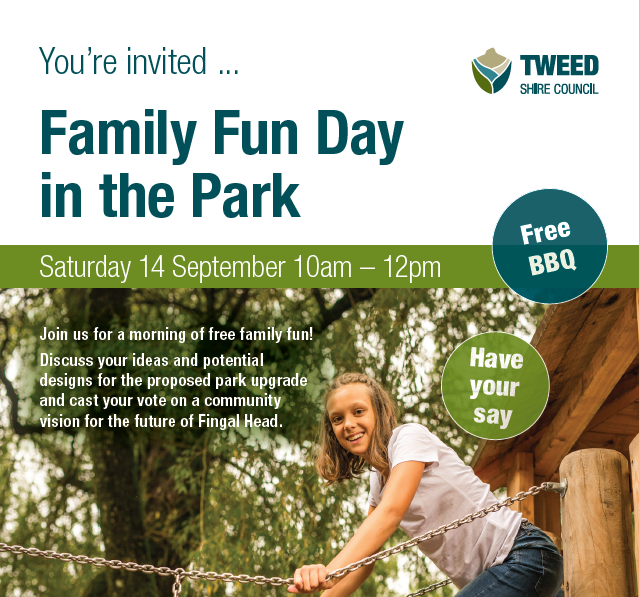 In May, many Fingal Head locals attended Community Conversation sessions at the Fingal Rovers Surf Club to share their thoughts about the future of Fingal Head and help inform the development of the Fingal Head Locality Plan.

It is clear from the community's contributions that many residents share common beliefs about what they love and value about Fingal Head, what they want to protect, opportunities they see for Fingal Head in the years to come and what they want it to look and feel like in the future. A report providing a detailed summary of the community feedback will be available on this page soon.

At the request of attendees, Council has used many of the common themes raised in the community feedback to create different options for the community's vision for the future of Fingal Head. These options are just a starting point and the community is encouraged to review them and provide feedback before work begins to draft the Fingal Head Locality Plan.

A Family Fun Day in the Park will be held on September 14 at Fingal Foreshore Park and you will have an opportunity to review the proposed options for the Community Vision and let us know if you think we are on the right track.
So come along, have your say about how the new park should look and feel, and tell us whether any of the proposed visions are close to describing your future Fingal Head.
Share on Facebook Share on Twitter Share on Linkedin Email this link